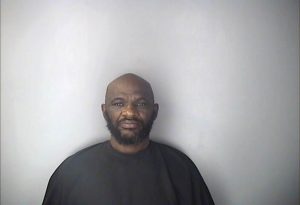 Larry Donnell Elmore, 58, pleaded guilty to possession with intent to distribute heroin on Monday afternoon at the Greenwood County Courthouse. Circuit Judge Donald Hocker then sentenced Elmore to 25 years in prison. Elmore has a lengthy criminal history, including multiple prior convictions for trafficking narcotics.

In November 2018, agents with the Greenwood Drug Enforcement Unit (DEU)performed a traffic stop on a vehicle driven by Elmore. Elmore attempted to evade police before he fled on foot. Agents caught Elmore after a brief foot chase and located a large sum of cash in addition to identification bearing Elmore’s name. A search of the vehicle yielded more than 100 pills that later tested positive for heroin.

Assistant Solicitor Billy Tunstall handled the case for the State, with the assistance of 8th Circuit Investigators Blake Moore and Michael Cox, who helped prepare the case for trial during the current term of court.

Solicitor Stumbo praised the work of his staff alongside the Greenwood DEU, a partnership between the Greenwood County Sheriff’s Office and the Greenwood Police Department, in securing the conviction and lengthy prison sentence.

“Larry Elmore has proven time and again that he is willing to push poison on the streets of our community for profit,” Solicitor Stumbo said. “At a time when our State is suffering from the weight of the opioid epidemic, we are glad to see another career drug dealer removed from our streets for many years to come.