Greenwood man sentenced to 37 years in prison for domestic homicide 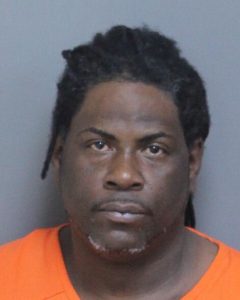 Laurens, S.C.; October 22, 2018 – A Greenwood man was sentenced to 37 years in prison Monday after pleading guilty to the 2017 murder of his estranged wife.

Clinton Anthony Smith, 42, of Greenwood, pleaded guilty to murder for the 2017 killing of 40-year-old Kimberly Smith, his estranged wife.

Circuit Judge Letitia Verdin then handed down the 37-year prison sentence, which must be served day-for-day under South Carolina law, meaning Clinton Smith will not be eligible for parole or early release.

Solicitor Stumbo praised the work of his staff, along with Investigators Michael Polson and David Staton of the Laurens County Sheriff’s Office, in securing the conviction and lengthy prison sentence.

“Kimberly Smith was a devoted mother who was violently taken far too soon from her children, at the hands of the man who should have been protecting them as husband and step-dad,” Solicitor Stumbo said following the proceeding. “My office will continue to stand with our law enforcement partners to aggressively prosecute domestic abusers like Clinton Smith.”