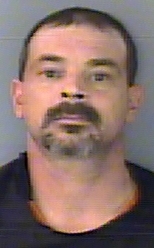 Greenwood, S.C.; August 11, 2016 – Eighth Circuit Solicitor David M. Stumbo announced Thursday that a man was sentenced to 25 years in prison in connection with the sale of methamphetamines in December 2015.A Greenwood County jury returned a verdict of guilty on the charge of trafficking methamphetamines, more than 28 grams but less than 100 grams, third offense on Michael Holt, 42, after deliberating for about 30 minutes.

Circuit Judge Frank Addy Jr. then handed down the 25-year sentence to Holt.

In December 2015, Holt sold about 55.8 grams of methamphetamine to a confidential informant for $1,200. The informant paid $600 in documented currency for half of the narcotics with the remaining amount to be paid for at a later time. The transaction was captured on video and two agents with the Greenwood County Drug Enforcement Unit were concealed in a rear room of the residence when the buy took place.

Several days later, deputies arrested Holt with $1,985 in cash in his pockets, $170 of which had matching serial numbers from the currency used in the controlled purchase.

Solicitor Stumbo praised the work of Moroney and Thomas as well as Lt. Chad Cox and Deputy John Long of the Greenwood County Sheriff’s Office in removing a drug dealer from the streets.

“My staff and I will continue to stand on the thin blue line and work hand-in-hand with law enforcement to rid our streets of serial drug dealers like Michael Holt,” Solicitor Stumbo said following the trial. “Thanks to the relentless work of the Greenwood County Drug Enforcement Unit and all the officers across the Eighth Circuit, there will be one less drug dealer on the streets tonight.”