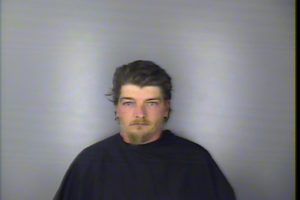 Circuit Judge Frank Addy Jr. sentenced Seymour to 20 years in prison, the maximum sentence allowable by law for the charge of second degree criminal sexual conduct with a minor.

In 2015, the victims came forward to report the abuse at the hands of Seymour over a nearly two-year period between 2012 and 2013.

Solicitor Stumbo praised the work of Sumner along with 8th Circuit Inv. Windy Chappell and Capt. Sharon Middleton of the Greenwood County Sheriff’s Office in securing the conviction.

“Predators like Christopher Seymour are the scourge of our society and we are pleased that he will be behind bars where he belongs for the foreseeable future,” Solicitor Stumbo said following the hearing. “It is my sincere prayer that this conviction and sentence, without having to go through testimony at trial, will help give these young ladies some closure and allow them to move forward with strength.”