Child abuser sentenced to a decade in prison 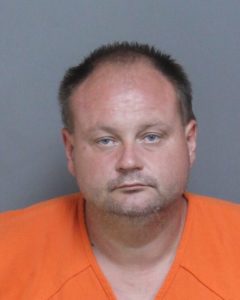 Laurens, S.C.; August 28, 2017 – Eighth Circuit Solicitor David Stumbo announced Monday that a Laurens man has been sentenced to 10 years in prison in connection to fondling a girl in 2013.

Prior to prosecutors calling his case to trial by jury on Monday morning at the Laurens County Courthouse, Daniel Joseph Hagman, 36, changed his plea to guilty on one count of third degree criminal sexual conduct with a minor.

Circuit Judge Frank Addy then handed down a sentence of 15 years in prison, suspended to 10 years of active prison time followed by three years of probation. Addy also ordered GPS monitoring and for Hagman to register as a sex offender for the rest of his life.

The victim reported the incidents to her mother in 2015, approximately two years after they occurred.  The child told her mother that Hagman masturbated in front of her and made her touch him on his genitals.  She also disclosed that Hagman had shown her pornographic movies on multiple occasions.

Assistant Solicitor Julie Kate Keeney handled the case for the state. Hagman was represented by Chelsea McNeill of the Public Defender’s Office.

Solicitor Stumbo praised the work of Keeney, along with 8th Circuit Solicitor’s Office Inv. Walter Bentley and Inv. Jared Hunnicutt, formerly of the Laurens Police Department and currently with the Laurens County Sheriff’s Office, in preparing the case for trial and securing the conviction.

“I made a promise that my office would vigorously defend the children of our communities from the sick individuals who would do them harm,” Solicitor Stumbo said following the sentencing. “As we stand with law enforcement and remain ever vigilant against child predators, I hope that the parents in our communities can feel more secure as they tuck their children into bed tonight, knowing that an abuser like Daniel Hagman is behind bars for years to come.”