Man sentenced to life without parole for 2013 murder 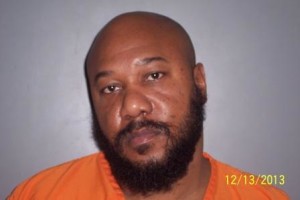 Laurens, S.C.; April 27, 2016 – Eighth Circuit Solicitor David Stumbo announced Wednesday afternoon that a man was sentenced to life in prison without the possibility of parole for his involvement in the 2013 fatal shooting of an Enoree man.Christopher Wells, 42, was found guilty of armed robbery, criminal conspiracy and possession of a weapon during the commission of a violent crime after a Laurens County jury deliberated for about four hours Wednesday afternoon.

Wells was also charged with murder in connection with the killing, but the jury found him not guilty of that charge.

Circuit Judge Frank Addy handed down the sentence of life without the possibility of parole after considering Wells’ prior record.

Wells was charged with murder in Greenville County in 1992. He pleaded guilty to voluntary manslaughter and spent more than 21 years in prison. Wells was released from prison on August 23, 2013.

On October 31, 2013 – just over two months after his release from prison – Wells was positively identified standing outside a vehicle during an armed robbery-gone-bad that ended with the shooting death of 61-year-old Johnny Cheek. The gun used in the shooting belonged to Wells and the vehicle used to flee the scene was registered to Wells.

David Lee Walker and Johnny Saxon are codefendants in the case. Walker was sentenced to life in prison without the possibility of parole in February 2015. Saxon is still awaiting trial.

“Christopher Wells is a career criminal who clearly has no respect for the value of human life,” Stumbo said following the sentencing. “I am pleased that this cold-blooded killer can no longer be a danger to our families and law abiding citizens of Laurens County.”