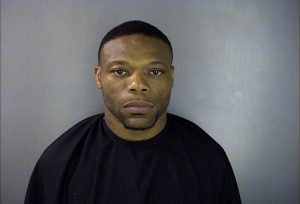 Gerald Nix, 37, of Greenwood, chose to enter the guilty pleas Monday morning rather than facing a jury trial scheduled to be called by the state this week.  Circuit Judge Frank Addy Jr. accepted the plea and sentenced Nix to 15 years in prison.

Nix had several prior drug convictions on his criminal record, including at least two prior convictions for distribution of illicit substances.

In May 2017, law enforcement officers spotted Nix immediately following a shooting walking along Taggart Avenue in Greenwood. Nix matched the description of the shooter and had on the same type of clothing as the shooter. Officers stopped to speak with Nix and found him in possession of some crack cocaine and a large amount of cash.

Assistant Solicitor Josh Thomas handled the case for the state with the assistance of 8th Circuit Inv. Courtney Smith. Nix was represented by Tristan Shaffer of the Greenwood County Public Defender’s Office.

Solicitor Stumbo praised the work of Thomas and Smith in preparing the case for trial, as well as Senior Master Patrolman Cory Boyter of the Greenwood Police Department who made the arrest.

“The Greenwood community got a little safer today as we removed yet another poison pusher from the streets,” Solicitor Stumbo said.  “My office will continue to stand shoulder-to-shoulder with law enforcement until we remove this threat to health of our children and safety of our neighborhoods.”