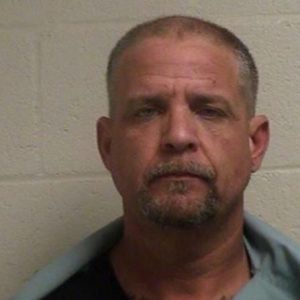 Abbeville, S.C.; February 20, 2018 – Eighth Circuit Solicitor David M. Stumbo announced Tuesday that an Abbeville County drug dealer will be spending the next 12 years in prison after he pleaded guilty Tuesday morning at the Abbeville County Courthouse to multiple charges.

Phillip Oscar McGaha, 45, pleaded guilty Tuesday to charges of trafficking methamphetamines and possession of a weapon during the commission of a violent crime in connection to a December 2016 incident.

In December 2016, while following up on a missing persons case, deputies with Abbeville County Sheriff’s Office spotted McGaha, a female and a juvenile in a truck at the missing woman’s residence. The female told deputies she was there to retrieve a stolen motorcycle that was taken by the missing woman. Deputies observed a gun on the seat and smelled the odor of burnt marijuana in the truck.

Deputies searched the vehicle and located a burnt marijuana cigar and a pill bottle containing two small, plastic bags. The two bags contained in excess of 40 grams of methamphetamines.

Solicitor Stumbo praised the work of his staff along with Lt. Matthew Graham and Sgt. Jeffrey Hines with the Abbeville County Sheriff’s office in securing the conviction and lengthy prison sentence.

“Meth has burdened our communities for far too long,” Solicitor Stumbo said following the plea proceeding. “People like Phillip McGaha who don’t have enough respect for their neighbors and fellow citizens to not peddle their poison on the streets belong in prison. Phillip McGaha will spend the next dozen years there and my staff will continue to work with Sheriff Ray Watson and his deputies to remove meth and other illegal drugs from the streets of our communities.”