Career criminal sentenced to 20 years in prison for dealing meth 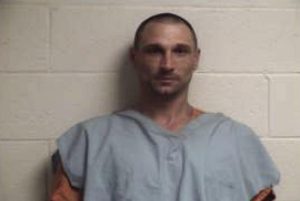 Todd Andrew Allen, 39, pleaded guilty Wednesday morning to a charge of possession with intent to distribute methamphetamines. A jury was selected on the case at the Abbeville County Courthouse on Monday afternoon, but Allen elected to change his plea to guilty prior to start of testimony on Wednesday.

Circuit Judge Donald Hocker sentenced Allen to 20 years in prison. Allen has an extensive criminal history, including a number of drug related offenses.

In October 2018, investigators with the Abbeville Narcotics Task Force set up a controlled buy with Allen. Allen arrived at the meeting location where police were waiting.  Deputies took Allen into custody and located approximately 44 grams of methamphetamine in a pouch at Allen’s feet, in addition to scales and a pipe.

Assistant Solicitor Micah Black and Deputy Solicitor Yates Brown handled the case for the state with the assistance of 8th Circuit Investigator Chris Wilkie.  Allen was represented by Aaron Taylor of the Greenwood County Bar.

“The future is brighter for the people of Abbeville with another career criminal like Todd Allen behind bars for a many to come,” Solicitor Stumbo said following the sentencing. “My office will continue to stand alongside Sheriff (Ray) Watson and his guys to remove drug dealers like Todd Allen from our community.”