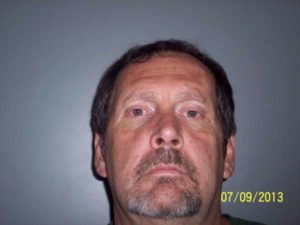 May 31, 2016; Laurens, S.C. – Eighth Circuit Solicitor David M. Stumbo announced Tuesday that a Laurens man was sentenced to 15 years in prison after entering a guilty plea at the Laurens County Courthouse.

Timothy Earl Beheler, 50, pleaded guilty to two counts of second degree criminal sexual conduct with a minor and one count of contributing to the delinquency of a minor Tuesday morning.

Beheler has been incarcerated for nearly three years since he was first arrested on the charges which were to be called for trial Tuesday.

Second degree criminal sexual conduct with a minor carries a maximum sentence of 20 years in prison.

Between February 2012 and February 2013, Beheler sexually assaulted the 13-year-old victim on numerous occasions. Beheler provided the victim with money and marijuana following the assaults.

Solicitor Stumbo praised the work of Lt. Jared Hunnicutt as well as Sheek and Inv. Windy Chappell in helping put Beheler behind bars.

“We are seeing far too many of these evil, disgusting attacks on our kids,” Solicitor Stumbo said following the proceeding. “I am proud of the way my office continues to partner with law enforcement to rid our streets of these predators and we will continue to do so as long as I am in this office.”

This entry was posted in Laurens County. Bookmark the permalink.