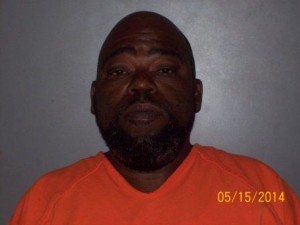 Circuit Judge Frank Addy handed down the 17 year sentence after taking into consideration the fact that Pitts had a number of previous convictions, at least two of which were for distribution of crack cocaine, and a number of other various offenses.

On April 16, 2014 officers with the Clinton Department of Public Safety sent a confidential informant to purchase crack cocaine from Pitts. The incident was documented with both audio and video.

Assistant Solicitor Margaret Boykin presented the case to the jury for the State.  Solicitor Stumbo praised Boykin’s work on the case, as well as the investigation of CDPS detectives Tyrone Goggins and Shane Prather.

“Our law enforcement agencies, particularly Chief (Robin) Morse and his investigators at the Clinton Department of Public Safety as in this case, are working hard to remove the most prolific drug dealers like Willie Pitts from our communities,” said Solicitor Stumbo following the conviction.  “My prosecutors and I will continue to stand shoulder-to-shoulder with them as we seek justice and secure convictions in the courtrooms of the 8th Circuit.”