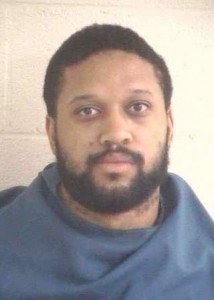 Abbeville, S.C.; February 29, 2016 – Eighth Circuit Solicitor David M. Stumbo announced Tuesday morning that an Anderson man has been sentenced to 35 years in prison after pleading guilty to murder in connection with a decade-old Abbeville County homicide case.Trey Chavez Brown, 41, of Anderson, pleaded guilty to charges of murder and possession of a weapon during the commission of a violent crime before Circuit Judge Scott Sprouse at the Abbeville County Courthouse Monday afternoon, the day his trial was to begin before an Abbeville jury.  The sentencing range on murder is 30 years to life in prison. Brown’s plea was entered into without any negotiations as to the sentencing by the state.

In 2006, Brown went to the home of 45-year-old James Keith Kennedy, Brown’s father-in-law and a well-liked member of the Abbeville community, in search of his estranged wife. Brown shot Kennedy multiple times, but Kennedy was able to make it to a neighbor’s house, where he told a neighbor it was Brown who shot him before collapsing. Kennedy died while being transported to a helicopter so he could be airlifted to a hospital with a trauma unit.

In 2009, Brown was ruled by a circuit court judge as “not competent to stand trial” for diagnosed mental illness, halting the trial.  Brown was subsequently committed to a secure facility within the South Carolina Department of Mental Health.

The Department of Mental Health later issued an order for Brown’s discharge into the community in 2013, stating that Brown no longer needed inpatient care. Solicitor Stumbo immediately made the decision to re-indict the murder charge, and his staff began preparing the case again for trial.

Brown was represented by Janna Nelson and Charles Grose.

“My office has been and always will be relentless in the pursuit of justice for our crime victims and their families, no matter how long it takes or how many obstacles are put in our way,” Solicitor Stumbo said following the sentencing. “We stand ready with law enforcement to keep the Abbeville community, and all the communities of the Eighth Circuit, safe from violent criminals like Trey Brown.  I hope and pray that the family of Mr. Kennedy has achieved some measure of closure from the conviction and sentence.”