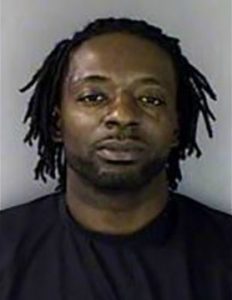 Greenwood, S.C.; February 5, 2018 – Eighth Circuit Solicitor David M. Stumbo announced Monday that a Greenwood man has pleaded guilty to aggravated domestic violence and sentenced to 18 years in prison, just days before his case was scheduled to be called to trial.

Travis Sentell Williams, 37, was sentenced to 18 years in prison by Circuit Judge Frank Addy Jr. after choosing to change his plea to guilty Monday morning on one count of domestic violence of a high and aggravated nature.  Williams’ sentence is classified under state law as a violent, “no-parole” offense.

Williams has a lengthy criminal history stretching back 20 years, including a number of serious assault charges and multiple convictions for domestic violence.

Officers went to the hospital where they learned the injuries were, in fact, caused by Williams assaulting the victim for several hours.

Solicitor Stumbo praised the work of his domestic violence prosecution team in securing the conviction.

“My office has absolutely zero tolerance for men like Travis Williams, who abuse the very women they are supposed to protect,” Solicitor Stumbo said following the proceeding. “This conviction and lengthy prison sentence continues to send the message to our state that we will no longer tolerate cowards who abuse women and children, and we will continue to fight for the victims of this abuse as long as we have the power to do so.”