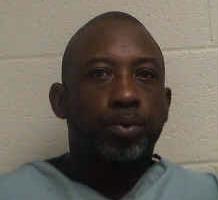 Abbeville, S.C.; January 26, 2018 – Following a week-long trial that stretched into the early evening hours Friday, an Abbeville County jury returned guilty verdicts on an Iva man who killed his long-time girlfriend in November 2016.

Charles Tillman, 48, of 1083 Bell Road, Iva, was found guilty of murder and possession of a weapon during the commission of a violent crime after just over two hours of deliberation by the jury.

Circuit Judge Frank Addy sentenced Tillman to life in prison after hearing from the victim’s father as well as from Tillman’s lawyer, Greenwood attorney Charles Grose.

On November 8, 2016, Tillman called 911 just after 6 p.m. to report that his girlfriend, 30-year-old Christie Lynn Stutler, had apparently shot herself while he was at work. Through the course of the investigation by the Abbeville County Sheriff’s Office, investigators determined that Tillman beat Stutler, and eventually shot Stutler with a .22 caliber rifle.

Eighth Circuit Solicitor David M. Stumbo praised the work of his staff along with Lt. Matthew Graham and Sgt. Jeffrey Hines of the Abbeville County Sheriff’s Office in securing the conviction.

“Domestic killers have plagued our state for far too long,” said Solicitor Stumbo after the jury returned the verdict.  “The fantastic teamwork by Sheriff (Ray) Watson’s investigators and our prosecutors ensured that this batterer-turned-killer received the justice that he deserves.”