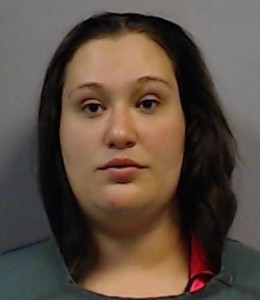 Newberry, S.C.; April 11, 2016 – Eighth Circuit Solicitor David M. Stumbo announced Monday morning that an Enoree woman has been convicted of homicide by child abuse after a weeklong jury trial at the Newberry County Courthouse for her involvement in the 2014 beating death of her 3-year-old son.Circuit Judge Frank Addy Jr. sentenced Theia McArdle, 22, to 30 years in prison late Friday evening after the jury returned a verdict of guilty.  The jury reached its verdict after 40 minutes of deliberation.

Richard Bowman, who was McArdle’s boyfriend at the time and has also been charged in connection with the 3-year-old’s death, testified that McArdle was the aggressor in the incident. McArdle testified in her own defense and said she was unaware her son was being abused by Bowman at the time of his death.

McArdle and Bowman were in Newberry after McArdle, who advertised on escort service website, received a call from a prospective prostitution client in Newberry.

The couple left the Newberry residence sometime after 1 a.m. Tuesday morning. At about 1:30 a.m., Bowman arrived at Newberry Memorial Hospital with the unresponsive 3-year-old.  McCardle took several minutes to come inside the ER, which was shown on security cameras at the hospital.  McCardle had backed the vehicle into a parking place several hundred feet from the ERThe child was pronounced dead just after 2 a.m.

Newberry County Deputy Coroner John Pollard noticed extensive bruising and ordered a full-body scan. The scan and a full autopsy revealed non-accidental blunt force injuries consistent with child abuse. The cause of death was respiratory depression caused by multiple injuries to the head and internal organs of the child.

Stumbo and Assistant Solicitor Taylor Daniel prosecuted the case for the state.  Eighth Circuit investigator Walter Bentley also was instrumental in presenting the case at trial.

Stumbo praised Daniel and Bentley for their preparation of the case, as well as the stellar investigative work of the Newberry Police Department and the State Law Enforcement Division.  In particular, the Solicitor singled out Newbery Police Chief Roy McClurkin, Sgt. Alison Moore, and SLED Special Victims Unit Agents Kellie Williams and Nicki Cantrell.

McCardle’s co-defendant Bowman remains charged with homicide by child abuse.  Solicitor Stumbo indicated that Bowman’s case will be presented to the court in the coming months.

“It’s not natural for a mother to be involved in the beating death of her 3-year-old child,” Stumbo said. “I can’t even imagine what suffering this little boy endured. While I am disgusted beyond words at what took place that night in December 2014, I am glad that, standing together with law enforcement, our team was able to put this woman behind bars for a long time to come.”