Anderson man sentenced to 24 years in prison for 2012 burglary 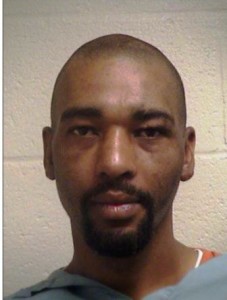 Circuit Judge Eugene C. Griffith handed down the 24-year sentence after an Abbeville County jury deliberated for less than an hour. First degree burglary carries a sentencing range of 15 years to life.

Henley had a lengthy record of prior convictions, at least two of which were for burglary, which is a condition for enhancing the burglary charge to first degree.

On February 15, 2012, Henley broke into a residence on Highway 28 in Abbeville and was spotted a by the victim’s neighbor. Henley and the neighbor spoke briefly before Henley fled the scene.

The neighbor gave investigators with the Abbeville County Sheriff’s Office a partial tag number and a description of the vehicle.

Investigators located the butt of a Newport cigarette at the scene as well as a boot print inside the victim’s residence.

A week later, after developing Henley as a suspect, investigators visited Henley at his home in Anderson. Henley admitted to investigators that he had been in Abbeville the week the crime was committed and also told investigators he smoked Newport cigarettes.

Investigators matched the tread from the boots Henley had on during the interview to the foot print found inside the victim’s home.

Deputy Solicitors Yates Brown and Demetri Andrews handled the case for the state.

Solicitor Stumbo praised the work of Inv. Patrick Thompson of the Abbeville County Sheriff’s Office as well as Brown and Andrews for their work in securing the long-term sentence.

“I promised the citizens of the Eighth Circuit four years ago when I campaigned for Solicitor that this office would aggressively prosecute violent criminals and repeat offenders,” Solicitor Stumbo said following the sentencing. “Based on his prior record, Ricky Henley is a man who prefers to exploit hard-working folks in Abbeville rather than abide by the law. I’m proud of our prosecutors and law enforcement personnel for working closely together to put this repeat offender behind bars for long time.”