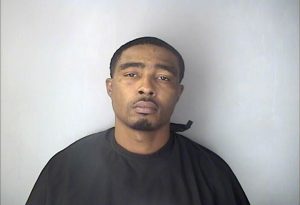 In January, DEU agents attempted to perform a traffic stop on a vehicle in which Eison was a passenger. The vehicle did not stop and Eison eventually exited the car and attempted to flee on foot. Two agents pursued Eison and were able to catch up with him before Eison punched each officer in the face. Eison then pulled out of his shirt and continued to flee. The agents were able to catch Eison again and get him into handcuffs. Eison continued to struggle and resist until agents were able to get him into the back of a patrol car.

When agents retrieved Eison’s shirt, they found inside a pocket 8 grams of cocaine packaged in 10 separate plastic bags, over a gram of crack cocaine, 21 grams of marijuana, and a digital scale.

Assistant Solicitor Wade Dowtin handled the case for the state, with assistance from 8th Circuit Investigator Blake Moore. Eison was represented by Aaron Taylor of the Greenwood County Bar.

Solicitor Stumbo praised the work of his staff along with Capt. Cody Bishop and Agent Wesley McClinton of the Greenwood County DEU in securing the conviction and consecutive sentences.

“In the 8th Judicial Circuit, we will not tolerate assaults on our law enforcement officers who are making a lawful arrest,” Solicitor Stumbo said following the plea proceeding. “In granting our request for consecutive sentences, the Court reinforced that message loud and clear. My office will continue to support our brothers and sisters in blue who keep our communities safe day in and day out.”