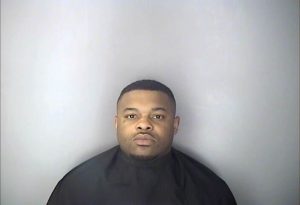 Xzariera Okevis Gray, 30, was found guilty by a Greenwood County jury of murder and possession of a weapon during the commission of a violent crime. The jury returned the verdict just before midnight Thursday night. Circuit Judge Frank Addy Jr. ordered that sentencing will be held on Tuesday for Gray, who faces up to life without parole on the conviction.

In the early morning hours of August 26, 2017, Gray and 46-year-old Demetrius “Meatball” Fuller were involved in an argument that eventually led to Gray pulling out a gun and shooting Fuller one time. Greenwood police officers were in the area and heard the gunshot. Officers began canvassing the area and located Fuller’s body on Tanyard Avenue. Gray fled the area, but was arrested in Columbia just a few days after the shooting.

Eyewitnesses were able to identify Gray as the shooter and to assist officers in recovering the murder weapon. Investigators were also able to locate surveillance footage from a nearby home that showed Gray shooting Fuller. Gray testified on his own behalf and told the jury he shot Fuller in self defense. The jury rejected that assertion and found Gray guilty of murder and possession of a weapon during the commission of a violent crime.

Solicitor Stumbo praised the work of his staff along with Sgt. William Kay of the Greenwood Police Department in securing the conviction.

“Our community has grown sick and tired of senseless gun violence on our streets,” Solicitor Stumbo said. “I am pleased that this week a dangerous criminal has been removed from society and my office will continue to seek justice against those who willfully disregard the law.”