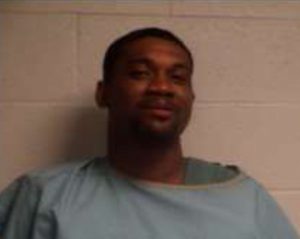 Abbeville, S.C.; May 14, 2019 — An Abbeville man was sentenced to 20 years in prison Tuesday morning after changing his plea to guilty on the day his trial was to begin in connection to a 2018 incident in which he attacked a woman with a box cutter, 8th Circuit Solicitor David M. Stumbo announced Tuesday.

Robert Lamont Bryant, 41, pleaded guilty to a charge of domestic violence of a high and aggravated nature. Jury selection in the trial was set to begin Tuesday.

Circuit Judge Roger M. Young Sr. then handed down a 20-year prison sentence to Bryant, which is the maximum sentence under state law for the offense.

Bryant has multiple previous convictions for domestic assaults and had been released from prison only months before committing the box-cutter attack.

In February 2018, the victim, Bryant’s girlfriend, went to pick her son up from school following a bomb threat. Upon arriving back at her home, Bryant accused the victim of leaving to see another man. The victim told Bryant that was not true and went to lie down in her bed. A short time later, Bryant entered the room and cut the victim’s nose with a box cutter, slicing all the way through the side of one nostril, before fleeing the residence. Bryant was arrested and charged in connection to the incident the following day.

Solicitor Stumbo praised the work of his staff along with first responder Sgt. Aaron Crowe of the Abbeville Police Department in securing the conviction and lengthy prison sentence.

“Violent offenders like Robert Bryant belong in one place: behind bars,” Solicitor Stumbo said following the sentencing. “It was moving to see the courage of this victim by coming forward to confront her abuser in court this week, knowing she would have to relive that horrific attack.  I hope this sentence sends a clear message that, in the 8th Judicial Circuit, we will continue to fight for and protect women who have lived the nightmare of suffering at the hands of an abusive partner.”