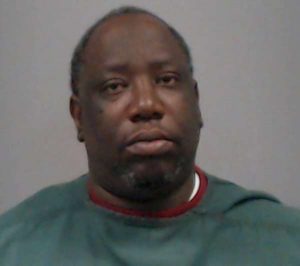 Circuit Judge Frank Addy Jr. then sentenced Scurry to 25 years in prison. The crack cocaine charge is considered a serious and violent offense under state law and Scurry must serve a minimum of 85 percent of the sentence before being considered for parole.

In January of 2017, troopers with S.C. Highway Patrol clocked Scurry traveling 70 mph in a 55 mph zone on S.C. 56 near the intersection of Belfast Road. The troopers turned around and observed Scurry throw something out the passenger window of the vehicle. Troopers initiated a traffic stop and spoke to Scurry through the open passenger window. Scurry handed the trooper a S.C. identification card and then sped off.

Troopers pursued Scurry into Laurens County where he eventually led authorities down unpaved roads and was able to wedge a Kia vehicle, which belonged to his girlfriend, around a metal gate. The vehicle was later recovered and the registration card in the name of Scurry’s girlfriend was located in the vehicle. Troopers located a bag containing 82 grams of crack cocaine in the area where they observed Scurry throw an object out of his car window.

Solicitor Stumbo praised the work of his office as well as SCHP Lance Cpl. Kevin Lazar and Deputy Michael Stribble with Newberry County Sheriff’s Office in securing the conviction and lengthy prison sentence.

“Reginald Scurry has poisoned the streets of Upstate South Carolina for entirely too long, bringing misery and destruction to the doorsteps of his addicted clients and their families,” Solicitor Stumbo said following the trial. “I hope this conviction and lengthy prison sentence sends a message to other drug pushers that we will not their misery peddling on the streets of our communities.”