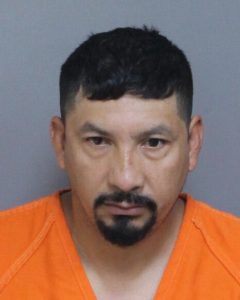 Laurens, S.C.; February 28, 2018 – Eighth Circuit Solicitor David M. Stumbo announced Wednesday that a Laurens man will spend the next 25 years in prison for sexually abusing two girls under the age of 12.

Tito Olan Marin, 42, entered guilty pleas Tuesday afternoon at the Laurens County Courthouse, after his case was called to trial by the State, on two counts of first degree criminal sexual conduct with a minor.

Circuit Judge Frank Addy Jr. then sentenced Marin to 25 years in prison on each of the charges, with the sentences to run concurrently.  Under South Carolina law, the sentence will be classified as a violent, “no-parole” offense, and will require Marin to register as a sex offender for the rest of his life.

In March 2017, a fourth-grade student was learning about “good touches and bad touches” and was observed to be weeping during some of the presentation. A teacher asked if she needed to talk and the student disclosed an assault at the hands of Marin in 2014. The school notified Department of Social Services, who then notified Laurens County Sheriff’s Office.

Both victims said Marin would put a pillow over their face and told them that their parents would not love them anymore if they told anyone what happened.

Solicitor Stumbo praised the work of his staff, along with Det. Jared Hunnicutt of the Laurens County Sheriff’s Office, in securing the conviction and lengthy prison sentence.

“Our society simply does not have any place for monsters like Tito Marin who prey on children to satisfy their own selfish desires,” Solicitor Stumbo said. “While I wish my office never had to prosecute a single case like this, it provides some measure of reassurance that this sexual predator is now off the streets for many years to come.”