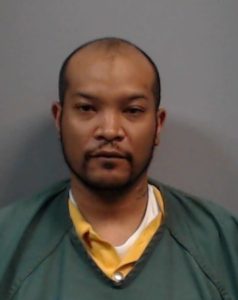 Calvin Whitener, 43, of Kings Mountain, N.C., was found guilty by a Newbery County jury of trafficking cocaine, third and subsequent defense, following a two-day trial at the Newberry County Courthouse.

Circuit Judge Frank Addy issued a sentence, but the sentence will remain sealed until Whitener can be brought before the court to have the sentence read onto the record. The sentence range is between 25 and 30 years and carries a fine of up to $50,000.

Whitener was a passenger in a vehicle that was stopped for speeding in September 2014 near the intersection of S.C. 56 and Mudlick road in Chappells, S.C. The vehicle was recorded doing 80 mph in a 55 mph zone. The driver was driving on a suspended license and one of the other passengers in the vehicle was wanted out of Gaffney, S.C. Officers searched Whitener and discovered about 36 grams of cocaine hidden in Whitener’s underwear and nearly $800 in cash in his pocket.

A bench warrant was issued for Whitener’s arrest after he failed to appear for his mandated court dates. The case was moved into failure to appear statues in on April 16, 2015. Whitener’s attorney, Ricky Harris, of the Spartanburg County Bar, contacted prosecutors and asked for a plea offer to be made. Prosecutors notified Harris that if Whitener failed to appear to plead guilty during the current term of court that Whitener would be tried in his absence.

“I am proud of the cooperation between my staff and law enforcement that led to Calvin Whitener’s conviction,” Solicitor Stumbo said. “This man came to our community from somewhere else to push his poison, and I encourage anyone with any information on Whitener’s whereabouts to immediately notify law enforcement.”

This entry was posted in Newberry County. Bookmark the permalink.