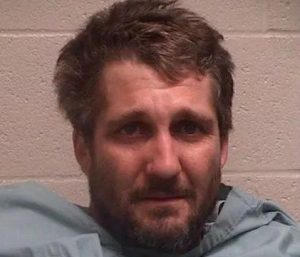 Abbeville, S.C.; May 21, 2018 – Eighth Circuit Solicitor David M. Stumbo announced Monday that a Honea Path man will spend more than 18 years in prison after pleading guilty to charges in connection to a crash that left his 7-year-old step-daughter dead.

Donald Jerry Harris, 36, of Honea Path, pleaded guilty Monday at the Abbeville County Courthouse to charges of felony DUI resulting in death, felony DUI resulting in great bodily injury, child endangerment, and driving under suspension. A trial on the same charges was scheduled for jury selection Monday morning before Harris elected to change his plea from not guilty to guilty.

Circuit Judge Frank Addy Jr. then handed down a sentence of 18 years and six months in prison.

Harris and his wife were both taken by helicopter to Greenville Health System to receive treatment for their injuries. The other two children were taken to AnMed before being transferred to Greenville Health System. Harris’ mother was also on scene and claimed to be driving he vehicle. It was later determined that Harris was driving the vehicle. Harris had a blood-alcohol level of about .10 at the time of the crash.

Harris’ mother, Penny Harris, pleaded guilty on May 9 to a charge of obstructing justice in connection to her dishonesty about driving the vehicle at the time of the crash.

Solicitor Stumbo praised the work of his staff along with the S.C. Highway Patrol’s Multidisciplinary Accident Investigation Team in securing the conviction and long prison sentence.

“There are no sadder days than the days on which families have to bury a child for senseless, reckless behavior,” Solicitor Stumbo said following the proceeding. “While there is no conviction or sentence that can bring little Abby back, it is my hope and prayer that those who loved her can gain some closure by knowing Donald Harris will not be able to endanger the lives of any other human beings for a long time to come.”