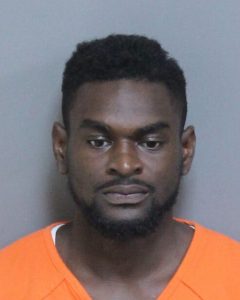 Laurens, S.C.; May 25, 2018 – Eighth Circuit Solicitor David M. Stumbo announced Friday that a long-time Laurens County crack dealer was sentenced to 25 years in prison after being convicted at trial of distribution of crack cocaine, third offense.

Arthur Lee Williams, 27, of Laurens, was found guilty by a Laurens County jury of distribution of crack, third offense, following two days of trial and less than 20 minutes of deliberation.

Circuit Judge Donald Hocker then sentenced Williams to 25 years in prison. The crime is considered a serious offense under state law and Williams must serve 85 percent of the sentence before being considered for parole.

In July 2015, a confidential informant working with the Laurens County Sheriff’s Office purchased about one gram of crack cocaine from Williams. Williams has three prior narcotics convictions on his record, making him eligible for life without parole if he commits another serious or most serious offense.

Williams’ case was scheduled to be called for trial in July 2017, but the State’s informant was viciously attacked with a hammer the weekend prior to trial, leading to nearly a year-long delay in calling the case back to trial.

Solicitor Stumbo praised the work of his staff, along with Sgt. Matt Veal of the Laurens County Sheriff’s Office and Capt. Tyrone Goggins and Sgt. Shane Prather of the Clinton Department of Public Safety, in securing the conviction and lengthy prison sentence.

“It is no secret that crack cocaine breeds violence in communities, and this case is a prime example of that,” Solicitor Stumbo said following the trial. “We cannot and will not stand by and let career drug dealers like Arthur Williams destroy our communities and my office will continue to fight until we get it all off the streets.”