Man sentenced to 45 years in prison for double murder 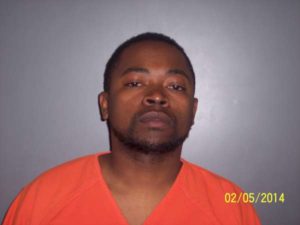 Laurens, S.C.; October 28, 2016 — Eighth Circuit Solicitor David M. Stumbo announced Friday that a Cross Hill man was sentenced to 45 years for his role in the 2014 murder of a man and his niece.A Laurens County jury returned guilty verdicts for Deshanndon Markelle Franks on two counts of murder and one count of possession of a weapon during the commission of a violent crime. The jury deliberated for about eight hours across two days before returning the guilty verdicts.

Also present at the time of the murder was Tevin Oneil Hill. Hill testified against Franks during the four day trial. Hill’s charges, which are the same as Franks’, are still pending.

On January 31, 2014, deputies with the Laurens County Sheriff’s Office went to the Cross Hill residence where both Leake and James were living and found the front door standing open. Deputies were unable to open the door all the way and observed Leake’s body on the floor and James’ body on the couch. Both had been shot.

Franks and Hill were arrested without incident several days later.

“There is absolutely no reason that two people sitting peacefully in their own home should have to worry about being robbed, let alone murdered in cold blood,” Solicitor Stumbo said following the sentencing. “We must continue to rid the communities of Laurens County and the entire Eighth Circuit of cold-blooded killers like Deshanndon Franks and my office will continue to work with law enforcement to make that a reality on the streets of our communities.”