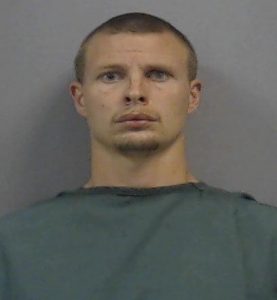 Newberry, S.C.; March 29, 2019 – A Prosperity man will spend the next 15 years in prison after being found guilty Thursday afternoon of an aggravated assault and battery in connection to an incident at the Sunset Boat Ramp, 8th Circuit Solicitor David M. Stumbo announced Friday.

Matthew Legrande Jackson, 29, of Prosperity, was indicted for attempted murder, but was found guilty Thursday by a Newberry County jury of the lesser offense of assault and battery of a high and aggravated nature (ABHAN) following a four-day trial at the Newberry County Courthouse. Circuit Judge Donald Hocker then sentenced Jackson to 15 years three months in prison for the assault.

In June 2018, Jackson got into an argument with the victim while at the Sunset Boat Ramp. Jackson left the boat ramp but returned some time later. The victim was having trouble starting his motorcycle and was attempting to jump it off when Jackson returned and started a physical altercation with the victim. During the attack, Jackson produced a knife and stabbed the victim five times.

The victim was taken to the hospital in Newberry to receive treatment for his injuries and was later transported to Richland County Hospital to receive further treatment. Jackson could not be located initially but was ultimately apprehended by law enforcement in Sumter County.

Jackson has a lengthy criminal history dating back to 2003.  His prior offenses include number of assault-related crimes.

Solicitor Stumbo praised the work of his staff along with Lt. Garrett Lominack of the Newberry County Sheriff’s Office in securing the conviction.

“Matthew Jackson is a homicide waiting to happen if you look at his behavior throughout his adult life,” Solicitor Stumbo said. “Fortunately, the victim in this case survived this vicious, unprovoked attack.  We are glad that he was able to get some measure of justice this week, and we will continue to work shoulder-to-shoulder with law enforcement to take violent men like Jackson off our streets.”