Repeat offender gets maximum sentence after shooting at Abbeville deputy 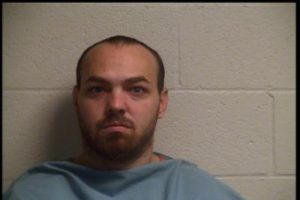 Abbeville, S.C.; March 13, 2019 – A repeat offender who shot at an Abbeville County deputy during a traffic stop will spend the next 30 years in prison after pleading guilty to charges related to the incident Wednesday afternoon at the Abbeville County Courthouse, 8th Circuit Solicitor David M. Stumbo announced.

Mark Allen Simmons, 31, pleaded guilty as charged to attempted murder and possession of a weapon during the commission of a violent crime during the Wednesday afternoon plea proceeding. Circuit Judge R. Scott Sprouse then sentenced Simmons to 30 years in prison, the maximum allowable sentence for attempted murder under state law.

In December 2017, Abbeville County Deputy Tim Wright attempted to perform a traffic stop on a vehicle being driven erratically by Simmons along Highway 28 in Abbeville County. The vehicle immediately attempted to speed away. Simmons pulled the vehicle over to the side of the road and, as soon as the deputy’s vehicle came to a stop, he leaned out the driver’s side window and fired a shot with a long rifle at the deputy before speeding off once again. The shot hit the front of the patrol car near the top of the radiator, right in line with where Deputy Wright was seated in the patrol car.

Deputy Wright immediately began to give chase once more as the vehicle sped away. As the high-speed chase ensued, Simmons leaned out the driver’s window and fired a second shot while a female passenger, Crystal Weaghington, controlled the wheel of the vehicle as Simmons fired the weapon.  Weaghington pleaded guilty to accessory after the fact to a felony last month and agreed to testify at trial for the State. She has not yet been sentenced on that charge.

As the pursuit continued through the northern part of Abbeville County, Simmons and Weaghington threw multiple items out of the sunroof the vehicle, including the rifle used by Simmons and a shotgun. Simmons nearly ran a school bus full of elementary-aged children off the road at one point. The bus driver skillfully drove the bus to safety and no children were harmed. Simmons then sped through a busy intersection without stopping just before deputies were able to end the pursuit by executing a “pit” maneuver. Simmons continued to violently resist arrest after he was taken into custody, telling deputies that he was mentally ill and had done “meth, marijuana, and flaaka” in the preceding hours.

Abbeville County Sheriff Ray Watson said he was thankful for the safety of his deputies and having a dangerous criminal off the streets.

“I am very glad that we were able to get this case resolved and get a dangerous individual off the streets for a long time,” Sheriff Watson said. “I hope that (Simmons) can get the help he needs while he is incarcerated so that he can be a better person in the future.”

Watson also had high praise for his deputies, particularly Deputy Wright, who was recently decorated for his actions at the S.C. Sheriff’s Association.

“I can’t say enough about the dedication of our deputies – especially Tim Wright – who do whatever is necessary to keep our community safe, often putting their lives on the line,” Watson said.

Solicitor Stumbo echoed that sentiment and reaffirmed his longstanding support of law enforcement.

“Firing a weapon at an officer who is just doing his job will not be tolerated,” Solicitor Stumbo said. “If Deputy Wright had been struck and killed by the bullets from Mark Simmons gun, we would be seeking the death penalty. By the grace of God that did not happen and Deputy Wright is still daily serving and keeping Abbeville families safe.  My staff and I will continue to stand shoulder-to-shoulder with our partners in law enforcement who man the thin blue line and keep our communities safe from violent criminals like Mark Simmons.”