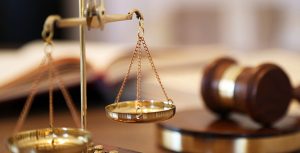 The system, first implemented in 1998 under then-Solicitor Townes Jones, has received over 5,000 referrals for first-time offenders in the four counties that comprise the Eighth Judicial Circuit. The program allows first-time, non-violent juvenile offenders the opportunity to complete a volunteer program as an alternative to entering the Family Court system and also allows the offender to keep his or her juvenile record clean.

The program utilizes volunteers as arbitrators. An arbitrator conducts a hearing involving the juvenile, parents, victims and law enforcement officers. To be considered for the program, the juvenile must admit guilt. The arbitrator then hears from all parties involved and prepares a contract detailing sanctions for the juvenile, including restitution, apology letters, community service, curfews and written reports, among other sanctions.

According to Eighth Circuit Solicitor David M. Stumbo, juvenile arbitration is rewarding for everyone involved.

“Juvenile arbitration is one of the best things that we get to do in my office,” Solicitor Stumbo said. “For the volunteer arbitrators, it is an opportunity as a citizen to make a difference in the lives of wayward youth. For the juvenile offenders who find themselves in the crosshairs of prosecution, it is an opportunity to make things right with those who they have victimized and be restored back to the community, hopefully not to offend again.”

Eighth Circuit Juvenile Arbitration Director Julie Bledsoe said it has been her experience that the arbitrators are often impacted just as much, if not more, than the juvenile offenders who enter the program.

“What I have seen time and time again is a person volunteers to be an arbitrator to make a difference in the lives of young people in their community,” Bledsoe said. “But every arbitrator who hears cases ends up saying they feel like they get more than they give when they serve as a juvenile arbitrator. It truly is a great community program that blesses everyone involved.”

Volunteers serve as arbitrators in the program. Hearings are scheduled to fit the volunteer’s schedule and last about an hour. Volunteers must be at least 21 years of age, possess a high school diploma or equivalent and have a clean criminal record. Volunteers must complete a 21-hour training course. The course will be held from 5:30 p.m. to 8:30 p.m. on Tuesdays and Thursdays from May 3 to May 24. All classes will be held at the Eighth Circuit Solicitor’s Office, located at 600 Monument St. (Park Plaza) Suite 203, Greenwood.

This entry was posted in News. Bookmark the permalink.