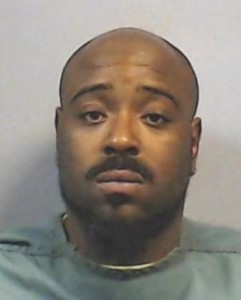 Newberry, S.C.; March 2, 2016 – Eighth Circuit Solicitor David M. Stumbo announced Wednesday afternoon that a Whitmire man was sentenced to 25 years in prison for molesting a child under the age of 10.Carrol Tremayne Washington, 32, was found guilty by a Newberry County jury of first degree criminal sexual conduct with a minor following just one hour of deliberation.

Circuit Judge Donald Hocker then handed the down the 25-year sentence to Washington.

In September 2015, the victim, who loved to visit her grandmother, began showing great distress prior to visiting her grandmother. During a conversation with her mother, and later during a forensic interview, the victim disclosed multiple incidents in which Washington, the boyfriend of another family member, sexually assaulted her. The victim was 8 years old when the attacks began and 9 years old the last time Washington assaulted her in 2014.

Washington had also been working as an ice cream truck driver, regularly surrounding himself with the children from surrounding neighborhoods.

Solicitor Stumbo credited the work of Scott and Daniel as well as Inv. Stephen Brad Epps and Capt. Robert Dennis of the Newberry County Sheriff’s Office in securing the conviction.

“This is another tragic case of a malicious sexual predator taking advantage of the vulnerabilities of an innocent child,” said Solicitor Stumbo following the sentencing. “My office will fight alongside law enforcement with every ounce of strength to remove creeps like Carrol Washington from the streets of our communities. The victim’s life is forever altered, but I pray this conviction allows her and her family to rest better tonight.”