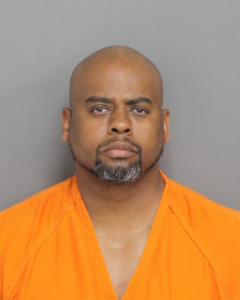 Laurens, S.C.; January 14, 2020 – A Fountain Inn man will spend the next 27 years in prison after pleading guilty Monday to a charge stemming from a 2018 incident in which he nearly killed his then-girlfriend with a box cutter, 8th Circuit Solicitor David M. Stumbo announced Tuesday.

Quientin Eugene Spearman, 53, of Fountain Inn pleaded guilty Monday at the Laurens County Courthouse to one count of attempted murder. Circuit Judge Mark Hayes then sentenced Spearman to 27 years in prison. Spearman must serve a minimum of 85 percent of the sentence before becoming eligible for parole.

In October 2018, neighbors heard screaming coming from the apartment Spearman shared with his then-girlfriend. When neighbors went to see what was going on, Spearman came to the door and assured them everything was fine. A short time later, neighbors again heard screaming. As they approached the apartment, they saw Spearman leaving the scene. Spearman told his neighbors they should check on his girlfriend because he thought he killed her.

A neighbor kicked in the door to the apartment and found the victim lying in a pool of blood with cuts to her face, neck, and chest. A razor blade that appeared to come from a box cutter was found on the victim’s neck and a box cutter with no blade was found in the apartment. Investigators were able to locate Spearman in Greenwood County and arrest him without incident.

Solicitor Stumbo praised the work of his staff along with Lt. Melissa Woods and the Fountain Inn Police Department is securing the conviction and lengthy prison sentence.

“Our communities have grown tired of senseless domestic violence and the wide effect it can have,” Solicitor Stumbo said. “I hope this lengthy prison sentence becomes the springboard from which Ms. Rice can move past this dark time in her life and find happiness once again. My office will continue to do everything within our means to put an end to the scourge of domestic violence in our communities.”