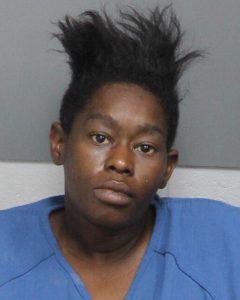 Greenwood, S.C.; December 21, 2019 – A Clinton woman will spend the next 16 years behind bars after pleading guilty Thursday to charges stemming from a fatal 2018 crash near the Dance South studio on Highway 76 between Clinton and Joanna, 8th Circuit Solicitor David M. Stumbo announced Saturday.

Khelsy Chanta Rice, 40, of Clinton, pleaded guilty Thursday afternoon at the Greenwood County Courthouse to two counts of felony DUI resulting in death and two counts of felony DUI with great bodily injury. With her case scheduled for trial during the next term of court for Laurens county, Rice chose to change her plea to guilty “straight up,” meaning there were no negotiations or recommendations on sentencing by the State.

Just before midnight on May 19, 2018, Rice was driving a 2004 Taurus on US Highway 76 near Grain Bin Road when she veered across the centerline and struck a 2007 Ford Mustang head-on. Two passengers in the Mustang, 65-year-old Marge Seymore and 63-year-old Lois “Bit” King, both died as a result of the crash and two other passengers were airlifted to area hospitals to receive treatment for their injuries.  Rice’s blood toxicology results showed both high amounts of methamphetamine and trace amounts of alcohol at the time of the crash.

Solicitor Stumbo praised the work of his staff along with the state Highway Patrol in securing the conviction and lengthy prison sentence.

“The irresponsible choices made by Khelsy Rice on that fateful night have left two families with voids that can never be filled,” Solicitor Stumbo said. “Although there is nothing that we can do in the courtroom to bring these beloved ladies back, my prayer is that their families have gained some closure and can continue to move forward in their healing process. We also hope during this holiday season that the message is heard loud and clear that, if you choose to drive while intoxicated, you will be held accountable.”