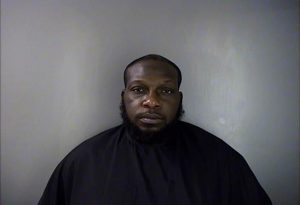 Stavalyon Amane Turner, 35, pleaded guilty Thursday at the Greenwood County Courthouse to charges of domestic violence, high and aggravated in nature, and violation of protection order. After hearing presentations by the state and the defense, Circuit Judge Frank Addy Jr. sentenced Turner to 18 years in prison.

On June 24, 2017, deputies responded to the victim’s residence where she told them that Turner had assaulted her and bitten off a chunk of her upper lip. Investigators later located the piece of the victim’s lip on her bed. The victim was taken to the Emergency Care Center at Self Regional Medical Center to receive treatment for her sever injuries, which included multiple surgeries.

Turner had committed prior domestic assaults involving one other victim and the current victim, which resulted in the order of protection that was in place at the time of the June 2017 incident.

Solicitor Stumbo and Assistant Solicitor Carson Penney handled the case for the state. Turner was represented by Michael Gambrell of the Greenville County Bar.

Solicitor Stumbo praised the work of his staff along with the Greenwood County Sheriff’s Office in securing the conviction and lengthy prison sentence.

“It is extremely disappointing that Stavalyon Turner refused to take advantage of the multiple opportunities to succeed given by the people closest to him, including the victims of his assaults,” Solicitor Stumbo said following the proceeding. “It is unacceptable for a man treat a woman in such a manner, and we will continue to be relentless in our fight to protect victims of domestic violence.  Our state has made great strides in recent years to attack this issue, and I hope that this conviction and sentence only furthers the resolve to continue to pursue domestic abusers and bring them to justice.”