Greenwood man sentenced to 100 months for possessing a firearm 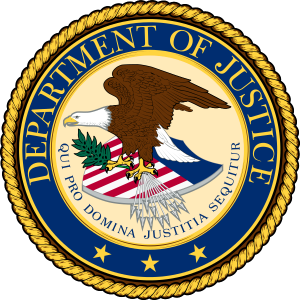 Columbia, South Carolina — United States Attorney Sherri A. Lydon stated today that Tramain R. Anderson, 28, of Greenwood, was sentenced to 100 months in prison after pleading guilty to being a felon in possession of a firearm, a violation of Title 18, United States Code, Section 922(g).  United States District Judge Bruce Howe Hendricks, of Charleston, sentenced Anderson and imposed a three-year term of supervised release.

Evidence presented at the change of plea hearing established that on July 12, 2017, the Greenwood City Police Department received a report that a young woman was possibly being abused at a local motel.  Officers went to Room 207, knocked, and encountered Anderson.  Police smelled marijuana and Anderson admitted that he had just smoked a joint.  The drug evidence gave police probable cause to search the room.  Upon entering the room, they located  a young female occupant who said she was being held against her will and that she had been beaten by Anderson. She explained that Anderson had a gun and that it was in Anderson’s personal bag sitting on the bed.  In the bag, the officers found a Taurus .38 caliber revolver that was fully loaded.

In consultation with local authorities, the U.S. Attorney’s Office agreed to prosecute Anderson for being a felon in possession of a firearm.

The case was investigated by agents of the Greenwood City Police Department and the Federal Bureau of Investigation. Assistant United States Attorney Bill Watkins of the Greenville office handled the case.

This case is part of a joint federal, state and local Project CeaseFire initiative, which aggressively prosecutes firearm cases. Project CeaseFire is part of Project Safe Neighborhoods (PSN), a program that has been historically successful in bringing together all levels of law enforcement to reduce violent crime and make our neighborhoods safer for everyone. Attorney General Jeff Sessions has made turning the tide of rising violent crime in America a top priority. In October 2017, as part of a series of actions to address this crime trend, Attorney General Sessions announced the reinvigoration of PSN and directed all U.S. Attorney’s Offices to develop a district crime reduction strategy that incorporates the lessons learned since PSN launched in 2001.

This entry was posted in News. Bookmark the permalink.