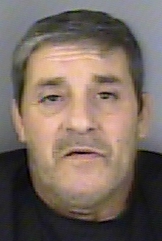 During the early morning hours of October 16, 2014, Miranda was driving a Mercedes along S.C. 34 just east of Greenwood when he crossed the centerline, striking a Honda Accord driven by 24-year-old Peter Burton Miller II head-on.

Miller had to be extracted from the vehicle and was transported to Self Regional Medical Center where he succumbed to injuries he sustained in the crash.

Miranda was legally intoxicated at the time of the crash and three prior convictions for DUI. The most recent conviction occurred in 2008 and also involved a crash.

“Hopefully, today’s verdict and subsequent sentencing give some measure of closure to Peter Miller’s family,” Solicitor Stumbo said following the trial. “I also hope it sends a message to those who would drink and drive in our communities that we will prosecute them to the fullest extent under the law.”