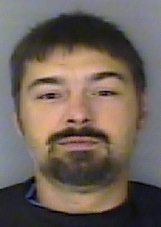 Greenwood, S.C.; August 9, 2016 – Eighth Circuit Solicitor David M. Stumbo announced Tuesday that a Greenwood man was sentenced to four years in prison for his role in a domestic assault that occurred in 2014.Just two days into the trial, Kenneth Shawn Sholar, 37, pleaded guilty to a charge of criminal domestic violence of a high and aggravated nature. The state had just rested its case when Sholar elected to change his plea to guilty.

Circuit Judge Frank Addy Jr. then sentenced Sholar to 10 years in prison, suspended to four years in prison and three years of probation to follow. Judge Addy also issued a permanent restraining order for the victim and her family.

In July 2014 Sholar threatened to kill his then-girlfriend as well as their child before killing himself. Sholar then produced a handgun and pressed it into the victim’s shoulder. Sholar was highly intoxicated and passed out, providing the victim and child an opportunity to flee the scene. The victim was in the process of breaking off her relationship with Sholar at the time of the incident. Sholar then fled the state.

In August 2014, Sholar began sending the victim text messages assuring the victim that he would follow through on his threats to kill her and the child. The victim reported the incident and authorities learned about a month later that Sholar was in Greenwood County at his current girlfriend’s house. Sholar was taken into custody and charged.

Senior Assistant Solicitor Elizabeth White and Deputy Solicitor Yates Brown handled the prosecution for the state, with the assistance of 8th Circuit Inv. Chris Wilkie. White indicated that the victim was satisfied with the conviction and the sentence.

“Domestic violence is a problem in South Carolina and my office is fully committed to doing everything in our power to reduce violence against women and children,” Solicitor Stumbo said following the trial. “My prosecutors and I will continue to fight to bring closure and justice for crime victims and we are glad that another domestic abuser is off our streets tonight.”