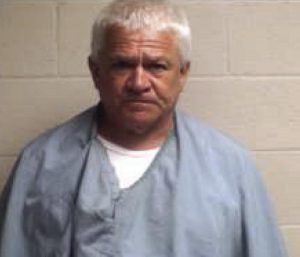 Abbeville, S.C.; November 7, 2019 – An Iva man will spend the next 25 years behind bars after an Abbeville County jury found the man guilty on one count of trafficking methamphetamine, 8th Circuit Solicitor David M. Stumbo announced Wednesday.

Kenneth Earle McGill, 67, was found guilty of trafficking methamphetamine, 100-200 grams, late Wednesday afternoon following a two-day trial at the Abbeville County Courthouse. Circuit Judge Donald Hocker then sentenced McGill to 25 years in prison. The crime is considered violent under state law and McGill will have to serve a minimum of 85 percent of the sentence before being considered for parole. McGill has at least two prior convictions for distributing methamphetamines.

In August 2018, deputies with the Abbeville Narcotics Task Force joined agents with the state Department of Probation, Pardon, and Parole Services in conducting a home visit at a residence in Abbeville County. Once there, deputies arranged to meet two men at the residence to buy methamphetamines. One of the men, McGill, arrived with over 115 grams of methamphetamine and nearly $14,000 in cash.

“We have seen too often and for far too long the disastrous effects meth has on people, on families, and on communities,” Solicitor Stumbo said. “My office will continue to work with our law enforcement partners to get dangerous drug dealers like Kenneth McGill off the streets and in prison where they belong.”