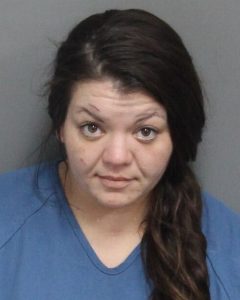 In June 2018, Mahan was traveling along S.C. 308 near Fleming Mill Road at about 2:15 p.m. when she struck a tractor from behind causing it to overturn. Her vehicle then ran off the left side of the road and struck a tree. The tractor was being driven by 29-year-old Wesley Robinson. Robinson was pronounced dead at the scene. A toxicology test showed Mahan had both methamphetamines and marijuana present in her system at the time of the crash.

Solicitor Stumbo praised the work of his staff along with the state Highway Patrol in securing the conviction and lengthy prison sentence.

“It is devastating to think about this hard-working young man being senselessly killed on our roads during the middle of the day by an intoxicated and completely unproductive young woman like Tara Mahan,” Solicitor Stumbo said. “It is my hope and prayer that Wesley Robinson’s family and friends can gain some sense of closure today.”