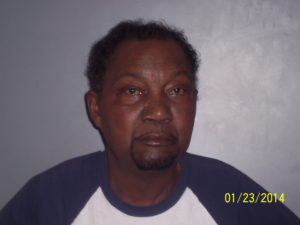 Laurens, S.C.; October 26, 2017 – Eighth Circuit Solicitor David M. Stumbo announced Thursday that a North Carolina man was found guilty Thursday morning on charges connected to an incident in which the man was driving the wrong direction on Interstate 385 in Laurens County.

Robert Clayton Moore, 65, of Lincolnton, N.C., was found guilty of driving under the influence, second offense, and unlawful carrying of pistol Thursday at the Laurens County Courthouse following a trial held in his absence.

Circuit Judge Donald Hocker issued a sentence which was not revealed in court and will remain sealed until Moore can be located and brought back before the court. He is facing up to one year on each of the two charges.

Assistant Solicitor Jared Simmons handled the case for the state with the assistance of 8th Circuit Inv. Walter Bentley. Moore was represented by Joel Broome of the Laurens County Public Defender’s Office.

Solicitor Stumbo praised the work of Lance Cpl. K.W. Lazar of the S.C. Highway Patrol in diffusing what could have potentially been a disastrous situation on the interstate.

“The fact that no one was hurt in this situation speaks volumes of how Lance Cpl. Lazar handled the situation to keep the public safe,” Solicitor Stumbo said. “My office will continue to work shoulder to shoulder with law enforcement to keep our roads safe from those who would put their neighbors at risk by driving while under the influence of drugs or alcohol.”